The Manhattan residential real estate market is doing fairly well, according to third-quarter reports released today by several of the city’s major residential firms, but a total housing recovery is unlikely soon as recent accounts indicate that there are hiring freezes and layoffs at Wall Street financial institutions like Morgan Stanley, Bank of America, Barclays Capital and Credit Suisse Group AG.

“Since the financial services sector is one of New York City’s key economic engines and if we see layoffs and the hiring freezes persist, you could see fewer property sale and rental transactions in the first half of 2011,” said appraiser Jonathan Miller, who prepares Prudential Douglas Elliman’s market reports. “While we didn’t see the number of layoffs that were originally projected, Wall Street employment has continued to slowly erode since Lehman.”

With the financial services industry so closely tied to the residential real estate market, The Real Deal decided to check in with New York City brokers to see how they think the dearth of new jobs and layoffs will affect the home sales and rental markets.

Here is what they had to say:

How will the layoffs affect the volume of condo and co-op sales?

We will probably see a slight dip in the velocity of sales. — Osher

I think sales prices, which have stabilized, will remain flat while the quality product will be absorbed and the lesser product will have to be adjusted. — Dunayer

We have many buyers who seem to be expecting large bonuses in 2011 so we are expecting the first quarter to be very strong. — Falleroni

How will they affect rental volume?

We [have been] feeling it for the past 30 days in the rental department here as there is a shortage of tenants with new jobs at a time when there is usually the most amount of new hires. Owners in Manhattan have misinterpreted the marketplace as many in lockstep have tried to reduce commissions and incentives paid to brokers, causing a disconnect between renters and owners. It is, and will lead, to an increase in the rental inventory very rapidly and a return to incentives. — Lewis

It might strengthen slightly because some people will delay their first purchase. — Osher

How do you think they will affect prices and rents?

Prices have remained relatively stable over the past several months, so if economic conditions and employment numbers take a turn for the worse, sale prices and rents may take a step backwards and concessions may reappear in rental properties. There is a potential upside, however. If apartment asking prices do drop slightly, and interest rates stay at the current historic lows, buyers, even ones who aren’t as flush as they used to be, may decide that’s enough incentive to make the move to a new home. — Malin

Unless the layoffs are enormous, it will not affect prices as Manhattan is resilient and owners will simply not sell low. — Longley

At what point do you think we will actually see the effects in the market?

Immediately. The market is much more reactive now than ever before. — Osher

Wall Street bankers usually get their bonuses at the beginning of the year, so I think we will begin to feel the first tremors as we close out 2010 and we begin to get a sense of what the bonus picture will be. — Malin

Any other thoughts on how they will affect the market in New York City?

[They] could slow down the recovery. The market is predominantly consumer confidence-based, and if buyers fear an extended recession, they will act conservatively. — Osher

Wall Street is a major driving force for our real estate market, and with the layoffs and hiring freezes, people are less motivated to make large purchase decisions. — Dunayer

Without new jobs coming fast enough to Manhattan, there will continue to be a crisis in confidence here that will lead to people moving “down” to save money as rents will continue to fall as they did two years ago by over 30 percent. I don’t expect things to change much in the near term as in spite of the rally in September in the stock market, the financial sector is very cautious and tenuous at best. — Lewis

I would not be surprised if the market stayed flat for a couple of years because of this with a slighter drop off in sales volume and price. It depends on the severity of the situation. — Longley 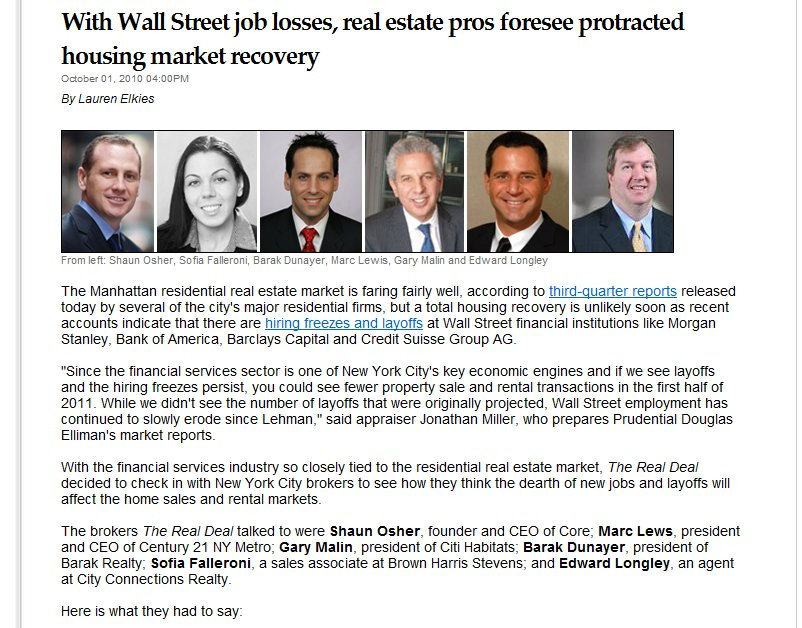 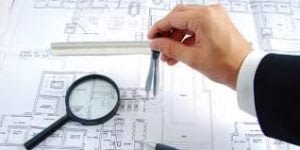